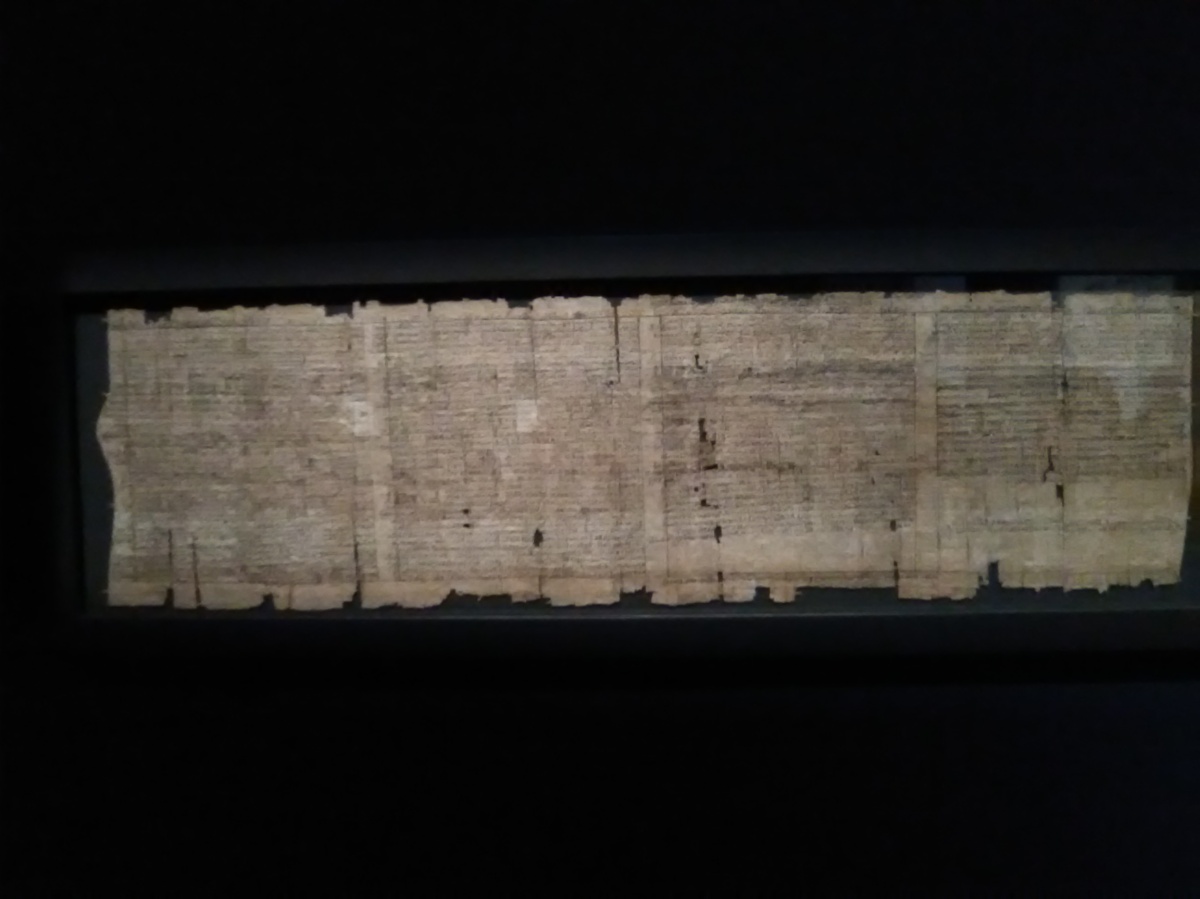 The Demotic Magical Papyrus of London and Leiden (Papyrus BM EA 10070). Romano-Egyptian, 200-250 CE; found in Thebes, Egypt. This papyrus contains magical spells for a variety of purposes, such as interpreting dreams, attracting lovers, cursing enemies, and healing physical ailments. It is written primarily in demotic Egyptian, but some sections are in Greek, and there are frequent annotations in various languages made by a skilled scribe. The owner may have been an Egyptian priest familiar with Greek magic, who offered his services as a magician to a multicultural clientele in Egypt. The complete text is divided between collections in London and Leiden and measures over sixteen feet in length. It is one of several books from a hidden library discovered in Thebes, in southern Egypt.