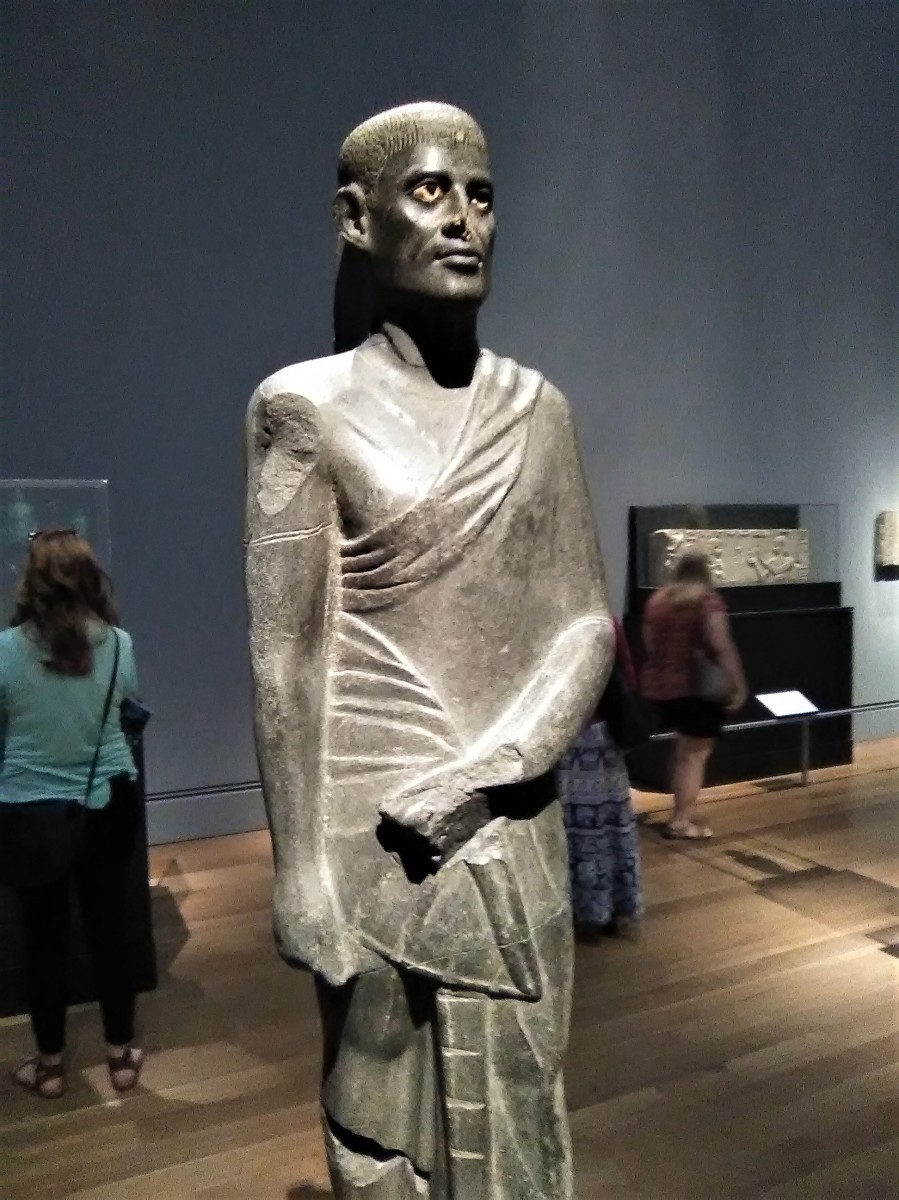 Statue of a Priest or Official; Ptolemaic or Romano-Egyptian, 50 BCE-50 CE; found in Soknopaiou Nesos in the Fayyum. This portrait is notable for its strong features, including prominent ears, a square jaw, and a firmly set mouth. The highly stylized hair is incised in short horizontal rows. This man wears a three-part garment with a fringed skirt and shawl and crosses his left arm over his torso. His attire and pose, as well as his youthful appearance, are common in portraits of priests and officials carved in the first century BCE and early first century CE.