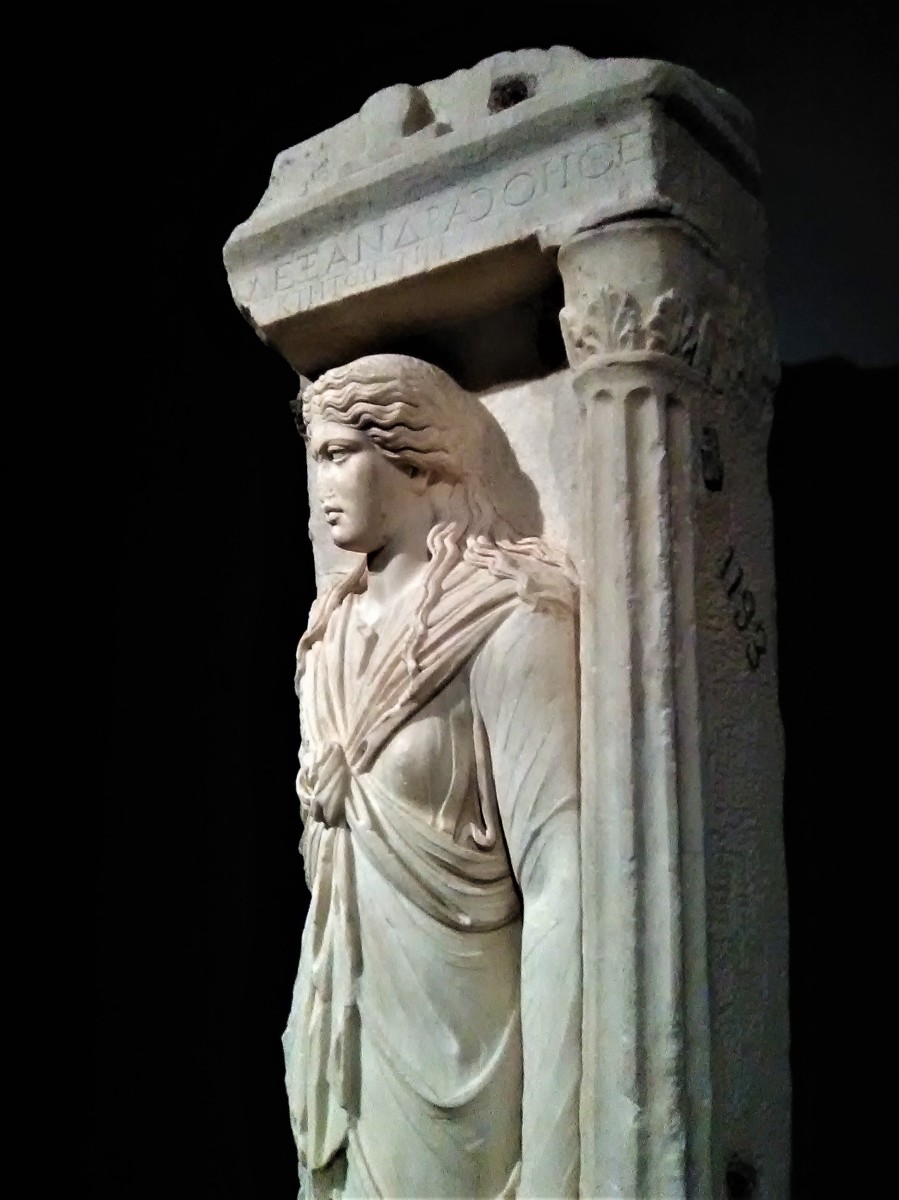 Gravestone of Alexandra, Priestess of Isis. Roman, made in Athens, 125-150 CE; found in the Kerameikos Cemetery, Athens. An Athenian priestess of Isis is shown in the guise of the goddess. The Greek inscription identifies her as “Alexandra, of the deme of Oe, wife of Ktetos.” Her curled tresses, long-sleeved tunic, and fringed mantle crossed over the chest resemble Isis’s hairstyle and attire. She carries objects associated with the deity’s cult – a situla (ritual vessel) and a sistrum (rattle, now missing).